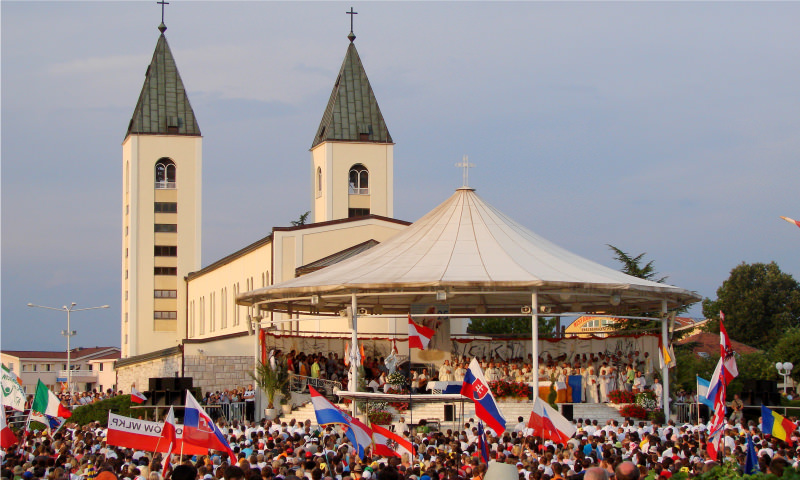 Our Lady of Medjugorje” is the title given to the apparition by those who believe that Mary, mother of Jesus, has been appearing from 24 June 1981 until today to six children, now adults, in Medjugorje. “Most Blessed Virgin Mary”, “Queen of Peace” and “Mother of God” are words the apparition has introduced herself with.The messages attributed to Our Lady of Medjugorje have a strong following among Catholics worldwide. Medjugorje has become one of the most popular pilgrimage sites for Catholics in the world and has turned into Europe’s third most important apparition site, where each year more than 1 million people visit. It has been estimated that 30 million pilgrims have come to Medjugorje since the reputed apparitions began in 1981.

Kravice is a waterfall on the Trebižat River in Bosnia and Herzegovina. It is fiften km south of Medjugorje. Its height is between 25 metres and the radius of the lake in the base of the waterfall is 120 metres. Kravice is a popular swimming and picnic area and, during the summer, it is frequently visited by tourists from from all over the world. The Kravice Falls area also has a little cafe, a rope swing, a picnic area, and a place to camp. The best time of year for visiting is during the springtime when the fall is at its fullest and the arid landscape turns a bright green. 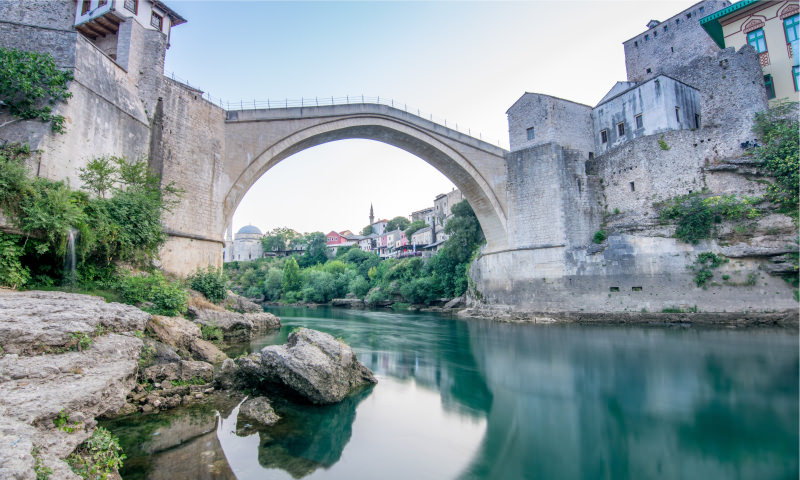 Mostar is a city and municipality in southern Bosnia and Herzegovina. Inhabited by 113,169 people, it is one of the most important cities in the Herzegovina region, its cultural capital, and the center of the Herzegovina-Neretva Canton of the Federation. Mostar is situated on the Neretva River and is the fifth-largest city in the country.

Mostar was named after the bridge keepers (natively: mostari) who in the medieval times guarded the Stari Most (Old Bridge) over the Neretva. The Old Bridge, built by the Ottomans in the 16th century, is one of Bosnia and Herzegovina’s most recognizable landmarks, and is considered one of the most exemplary pieces of Islamic architecture in the Balkans. 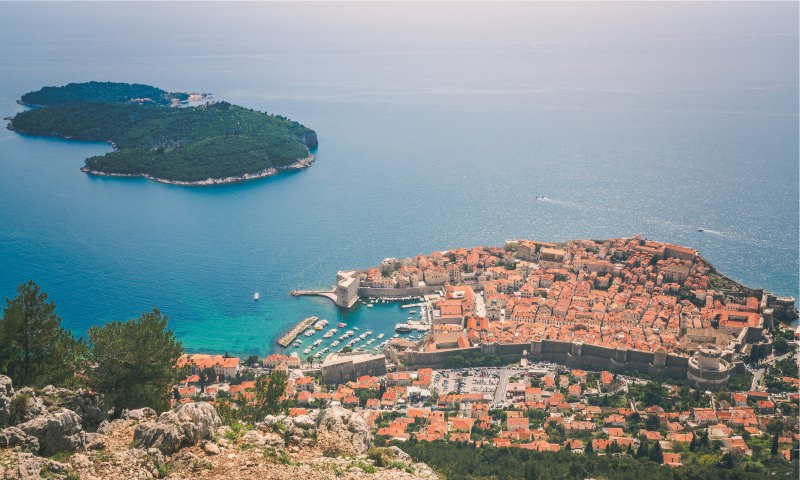 Dubrovnik is a Croatian city on the Adriatic Sea, in the region of Dalmatia. It is one of the most prominent tourist destinations in the Mediterranean, a seaport and the centre of Dubrovnik-Neretva County. In 1979, the city of Dubrovnik joined the UNESCO list of World Heritage Sites. The prosperity of the city of Dubrovnik was historically based on maritime trade. As the capital of the Republic of Ragusa, a maritime republic, the city achieved a high level of development, particularly during the 15th and 16th centuries. Dubrovnik became notable for its wealth and skilled diplomacy. The beginning of tourism in Dubrovnik is associated with the construction of the Hotel Imperial in Dubrovnik in 1897. According to CNNGo, Dubrovnik is among the 10 best preserved medieval walled cities in the world. 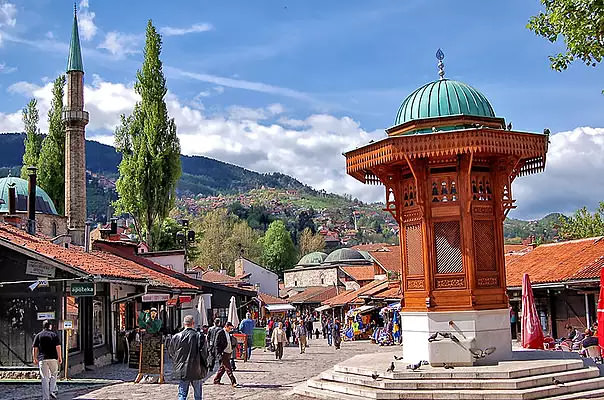 The city is famous for its traditional cultural and religious diversity, with adherents of Islam, Judaism and Catholicism Orthodoxy, coexisting there for centuries. Due to this long and rich history of religious and cultural variety, Sarajevo was sometimes called the “Jerusalem of Europe or “Jerusalem of the Balkans”. It was, until recently in the 20th century, the only major European city to have a mosque, Catholic church, Orthodox church and synagogue within the same neighborhood. A regional center in education, the city is also home to the Balkans’ first institution of tertiary education in the form of an Islamic polytechnic called the Saraybosna Osmanlı Medrese, today part of the University of Sarajevo. 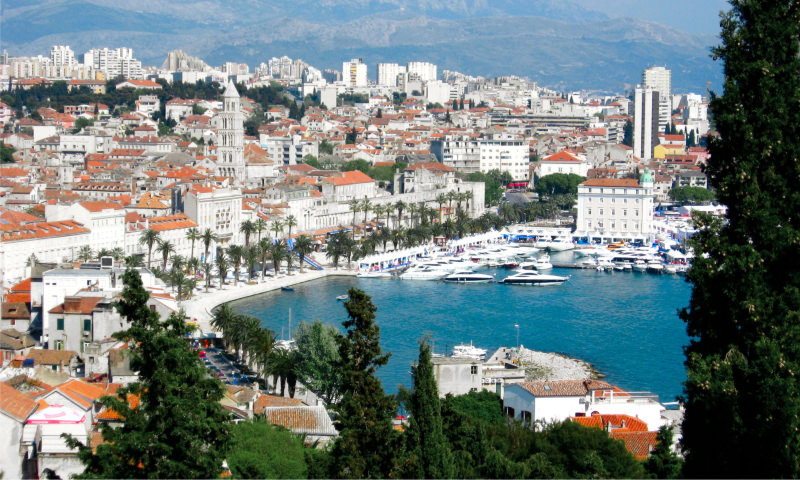 Split is one of the oldest cities in the area. While it is traditionally considered just over 1,700 years old counting from the construction of Diocletian’s Palace in 305 CE, archaeological research relating to the original founding of the city as the Greek colony of Aspálathos in the 4th century BCE establishes the urban history of the area as being several centuries older. The city turned into a prominent settlement around 650 AD, when it became successor to the ancient capital of the Roman province of Dalmatia, Salona: as after the Sack of Salona by the Avars and Slavs, the fortified Palace of Diocletian was settled by the Roman refugees. Split became a Byzantine city, to later gradually drift into the sphere of the Byzantine vassal, the Republic of Venice. For much of the High and Late Middle Ages, Split enjoyed autonomy as a free city, caught in the middle of a struggle between Venice and the king of Hungary for control over the Dalmatian cities. 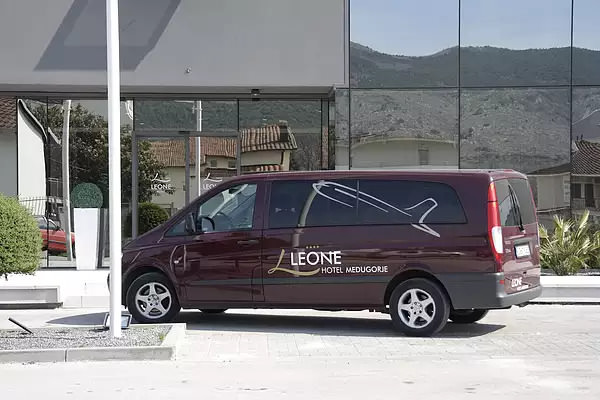 We are able to offer you a large number of excursions throughout Bosnia and Herzegovina as well as Croatia with our own transport.

It is possible to arrange excursions on request that are not in our standard offer as well as various transfers and taxi rides.

For any information, please feel free to contact us at:

Our friendly staff will help you to design your special holiday.